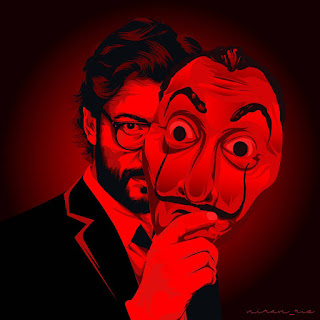 So finally Netflix showed up with the latest news which we all were waiting to hear, Yaa You got it right – Money Heist Season 5 is confirmed and soon likely to be on air around……….?
Let’s find out!
Since March 15 Netflix production paused the shotting of its original web series for two weeks due to COVID-19 Pandemic and then the shooting was allowed to resume in May in certain parts of the regions without having an inch of leaking the news outside.
When asked about the money heist season five, Alex Pina said – ‘We were continuously thinking from last one year about how to put an end to this mass show and give all time breathtaking climax to our audience. So I guess we’ll be getting to see much bigger actions and mind-bending twist as per Alex gave us a hint. 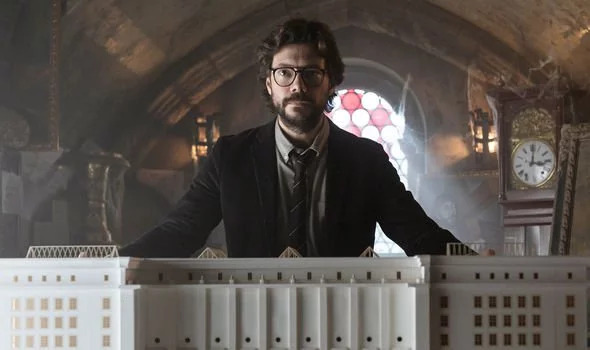 In a recent poster on social media, we have seen broken Salvador Morte Mask lying on the floor and it gives us a hint that it will be a full stop to this worldwide loved franchise and we might see Alvaro Morte aka The Professor behind the bars or tied by the ropes to stop on his vicious and creative mind activities.

Do you have your mask ready? You’re going to need it. The heist comes to an end💰#MoneyHeist Part 5 has been confirmed! ✅

Alex Pina also told The Guardian that Money Heist has “infused some oxygen into this disturbing climate…… it is a brutal journey to the limit, like a ride on a vertiginous rollercoaster.”

When is Season 5 coming?

As we have seen a gap of 8-9 months in season 3 & season 4, if season 5 also has to follow the same format then fans would have to tighten their seat belts around the end of 2020, So in short, there will be something good going to happen this year.

Will Arturo Roman be dead?

Oh yeah! everyone is asking the same question all over the web. Every Money Heist lover hated Arturo in the previous season, the way his role has been portrayed, its nothing but a pain in the head, a hidden devil inside us which we never want to see or meet, right?
So as per your desire and the reports says Arturo role might put to an end and it will be a big relief for all the money heist lovers, so fingers crossed!
Till the time we hear the next update on money heist season 5, recall your memories by binge-watch all the previous seasons on Netflix.
Article Categories:
Movie Blogs