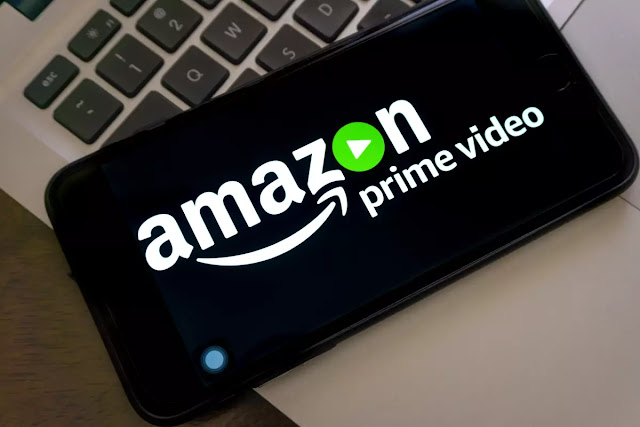 Amazon prime has come a long way since its launch. It has thousands of quality content right now that you can’t resist yourself taking a subscription. Now the availability of the internet in mass areas, demand for OTT platforms also begin to rise.

Every 1/2 home has amazon prime subscription that can either be consumed by doing shopping or watching web series/movies.

If one side Mirzapur Season 2 is releasing and another side The Crown Season 4 is releasing then most likely Indian content will get a boost first, no matter how big a franchise is next to us.

Without any further ado’s, let’s jump right in!

I mean what can I say about this heart-wrenching thriller web series which has been released on amazon prime recently. You may be aware of the buzz this web series has created all over. Let me give you a little insight into What is Paatal Lok and Why Paatal Lok .
Paatal lok is a story of one journalist and 4 kidnappers who try to kidnap and murder the journalist for sake of some money and mutual political benefits. The mindblowing acting of Jaideep Ahlawat and the terrific screenplay of Abhishek Bannerjee will leave you speechless and numb.
Anushka Sharma’s production really made a good debut start here and soon they will bring some more engaging content like this. So open your screens, search for paatal lok, click on it and go with the flow.

This amazing web series is a set of different stories which is combined in one frame named ‘Made In Heaven’. It shows you a different mindset of the society and the problems facing in arrange marriages nowadays.
The story reflects two extremely smart and intelligent wedding planners who arrange and sort all the marriage related things from both sides of the families. The way they execute things and sort all the issues which come across the marriage is just commendable and to be taken as learning for a lifetime.
Must-Must-Must watch this masterpiece created by amazon prime.

This Patriotic web series introduces the young talented actor Sunny Kaushal, younger brother of Vicky Kaushal. This web series will remind you of the sacrifices by the Indian Soldiers pre Independence against the British army and in the 1990s.
It is made in such dedication that you will feel your adrenaline rush by sitting on the couch. Patriotic web series are so generous that you don’t need any reviews or suggestions from someone to watch it. Just go for it blindly and come back with your eyes wide open.

Waho Waho Waho! The name is saying all by itself. Violence, Politics, Romance, Family – All in one. By the end of the season, you can’t resist yourself waiting for the next part. The swag of Guddu Bhaiya and the thunderstrike of Akhandanad Tripathi is all that you can’t miss this epic web series.
Season two of Mirzapur is in loading and all set to be premiered on the 23rd of October. For those who are still unaware of  Mirzapur, its time to log in to your amazon prime account and hunt for this web series which is not to be missed at all.

Afsos means Regret, there can be many ways for guilt or regret but what’s so special in this story? This is the dark, gripping and funny story of a guy who is so damn frustrated from his life as he came to Mumbai to become an actor but couldn’t find any work so he decides to die. Ya, he decides to commit suicide.
Then what happens is a mystery and you have to find it all by yourself 😉 In short, its a gripping and another inspirational story to get engaged with and I can bet, you will not regret watching Afsos(Regret)

The family man is another twist and turn type web series which should not be forgotten at all. It shows you how a normal middle-class man handles work and his family. Nowadays in this fast-moving world, we forget to maintain a balanced life and thus results in roaming here and there in search of happiness and peace.
Through this web series, you will see how important is to give time to your family and your work in equal proportion. The family man is a complete package of mystery, suspense, love, and drama which should be watched with a family with popcorns in hand and waves of laughter on the face.

In this IPL season and the chants of the cricket match in our surroundings, how can we forget to watch this epic thriller which will blow your mind and make you go nuts. The screenplay and the engaging script with the topnotch performance of Richa Chadha makes Inside Edge a complete winner who won millions of heart in no time.
If you love cricket or want to know about the dark side of cricket betting then this web series is definitely for you. It has two seasons as of now which is available on amazon prime in Hindi.

So I hope you get something valuable from this article. I come up with this type of content very often and post movies suggestions and reviews every 1-2 days. Don’t forget to share this article in your social circle and any more suggestions and comments are welcoming down this post.
As I always say I’ve put so much effort writing this blog post to provide value to the blogging community. It’ll be very helpful for me if you consider sharing it on social media networks
Thanx in advance and Stay tuned until the next one.
Article Categories:
Movie Blogs